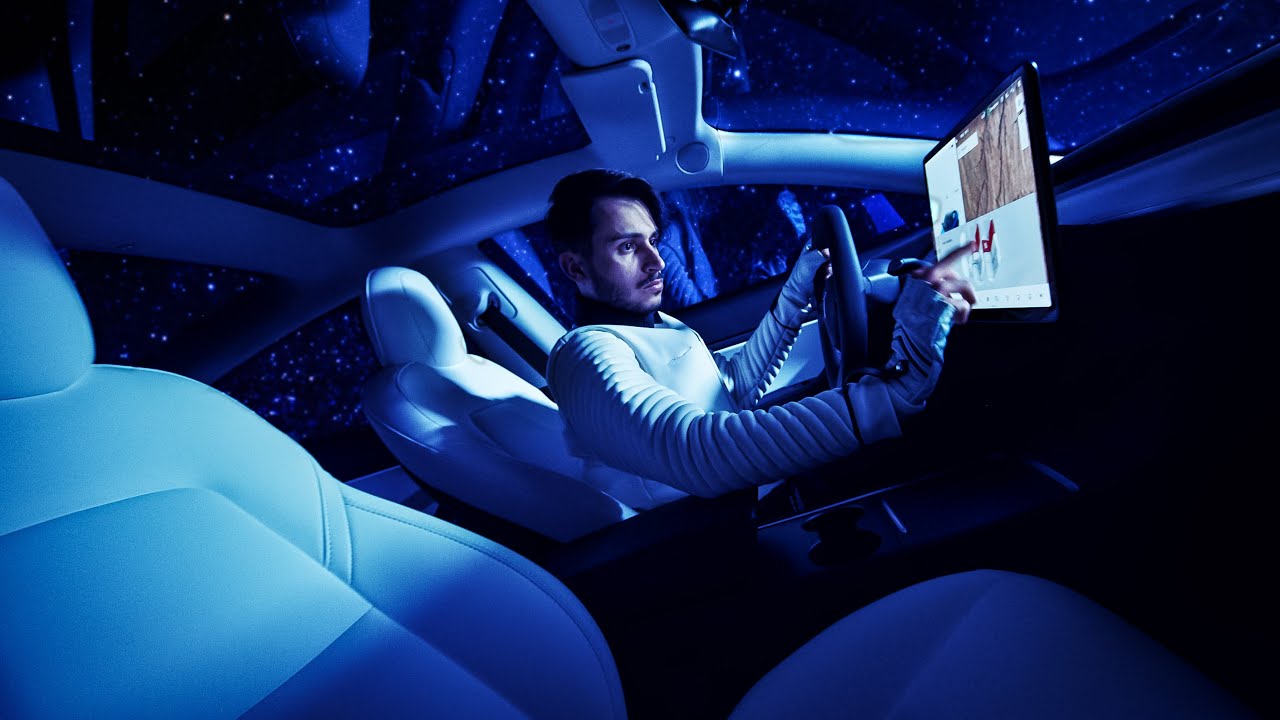 Last year, we had the pleasure to work with Made in France ASMR for his brand new costume. We're glad to see that he is wearing his iconic costume for his new collaboration with TESLA. The visual is very impressive, and the outfit matches perfectly with the car ! #tesla #costumedesign #asmr #madeinfranceasmr

AND...IT'S OUT ! Our brand new collaboration with the Youtube Channel MADE IN FRANCE ASMR, created by Maxence Rodier, a french filmmaker doing ASMR videos since 2014. For this collaboration, Martian Agency designed and made the official Jacket and gloves he will be wearing in his Youtube videos from now on. In a very futuristic atmosphere, imprinted with space exploration and a flavor of superhero, this collaboration was meant to be ! The video celebrate the 300 000 subscribe

We're very happy to share with you our collaboration with NEO NINJ for her brand new music video called "IRL". This is the story of a girl who has a much more interesting life online than in real life. Nelly talks about our addiction to social medias and how it influences our choices. The music video takes place in a very clean and graphic room, all black and white. With a very sweet melody and voice, the singer Nelly relates facts and explains how this virtual world has actu

Picture from the serie " The Timeless Highness", 2017 With a high sense of retro-futuristic and sci-fi flavor, Martian Agency created a multi-cultural graphic headpiece, with a taste of organic merging with a metallic aspect. Martian Agency designed and created this headdress for a photoshoot which was organised by a communication school in Paris. Picture from the serie " The Timeless Highness", 2017 We will share more photos from this photoshoot very soon ! Photography credi

Marine Arnoul, the creator of Martian Agency, with her two creations for the E-Fashion Awards contest fashion show on the 13th of september 2017. On wednesday 13th of september 2017, the creator of Martian Agency (Marine Arnoul) participated in the E-Fashion Awards' contest and presented two exclusive outfits for the Fashion Show at Salon des Miroirs, Paris. The outfits are equiped with microphones, detecting surrounding sounds, also programmed with specific animations for th